Covid-19 Induced Insolvencies - Things to Watch Out for


In the midst of the COVID-19 pandemic and the far reaching and drastic measures implemented in numerous countries around the world, we are receiving an increasing number of insolvency and restructuring enquiries  from our clients.

In these uncharted waters, there are some steps you can take to ensure that you are in the best possible position in the event that a counterparty experiences financial difficulty. This briefing note identifies some of these steps, primarily based on English insolvency law.  (Whilst it is not unusual to have contracts, particularly of a cross border nature, governed by a foreign law, there are usually similarities between insolvency processes around the world.)

The key point to remember is that time is critical.  Many companies are facing, or will shortly face, cash flow difficulties and without taking timely appropriate action, what may appear to be a small 'blip' could quickly escalate into a serious insolvency situation.

Monitor your counterparties and late payments

Much as you would carry out due diligence on a counterparty before entering into a contract with them, the same is true throughout the performance and lifespan of the contract.  Audit your counterparties regularly.  Check the Companies Registry where your counterparty is incorporated (in England, the Companies House website) to see if it is up to date with its filings, or if administrators have been appointed or if it has been dissolved.  Similarly, most insolvency processes are the subject of advertisement in a governmental or state publication.  In the UK, these are published in The Gazette, which is available to search online for free.

If your counterparty is late in making payments, chase these down promptly.  If they are unable to pay the full amount due, consider a part payment, payment schedule or interest-only payment option.  Most insolvency related issues start with late payments and so it is important to ensure that you are able to recover as much as possible prior to the counterparty entering into a formal insolvency regime.  Make sure you record in writing any amendments to your contract, and check other contractual terms which may be relevant to renegotiation, including no waiver, entire agreement and no oral modification clauses.

Many supply contracts will contain a retention of title (ROT) clause.  This usually provides that the supplier of the goods retains legal title to them until they have been paid for in full by the counterparty.  Whilst this may provide some comfort at the negotiation stage, enforcement can be difficult.  For example, the goods may have been on-sold to a third party purchaser.  If this third party was unaware of the ROT clause and the fact that their counterparty had not paid for the goods, it would be difficult to seek recovery of them after the counterparty enters into a formal insolvency regime.  Matters can be further complicated if several months have passed before the insolvency occurs.

If the goods have been converted or otherwise utilised in the manufacture or construction of a different asset, it is highly unlikely that the retention of title clause would be effective.

Time is important here: if your counterparty defaults and your contract has an ROT clause, take advice and then seek to exercise it immediately.  This will assist in minimising any potential losses that may be suffered if the counterparty enters into a formal insolvency regime.

If your counterparty enters into a formal insolvency regime and you do not have any form of security over the amounts owed to you, you are likely to be considered an ordinary unsecured creditor.  This means that once the insolvency is largely concluded, you can expect a dividend payment of pennies in the pound of the total debt, shared amongst the other unsecured creditors.

When a counterparty enters into a formal insolvency regime, a statutory moratorium comes into effect.  This means that it is not possible for claims to be commenced or continued without the consent of the insolvency officeholder (in an administration) or consent of the court (in a liquidation).  This leaves unsecured parties in a difficult position.  Some contracts require a counterparty to notify the other party of its impending insolvency.  In practice, this rarely happens.

With all of the above in mind, there are several further steps that parties can take in the event that their counterparty is not financially stable:

In certain circumstances (either by operation of law or pursuant to contractual arrangements) it may be possible for a lien to be asserted over assets of the party in breach.  We recommend that you seek legal advice if this option is being considered.

Some contracts give a party the right to terminate on its counterparty's insolvency, others will contain automatic termination clauses which are triggered in the event of insolvency.

If your contract contains such a clause,

-       check the definition of insolvency and the events giving rise to the right to terminate as these can vary widely.

-       consider whether you want to terminate.  It may be more desirable for the contract to continue and the products, goods or services to be delivered – perhaps so that you can fulfil other contracts.

In March 2020, the UK government announced plans to bring forward reforms to the UK insolvency regime as a matter of urgency in response to the pandemic.  One of the significant changes is a proposal to prohibit the use of termination clauses triggered by insolvency.  The rationale behind this is to assist companies in financial distress to restructure and/or be rescued.  See more information below.

If there is a strong suspicion of fraud or otherwise intentional dissipation of assets, it may be possible to apply for a freezing order.  In England, it is also possible to apply for a worldwide freezing order, although enforcement in different jurisdictions would be subject to the law of those jurisdictions.  In order to obtain a freezing injunction, the party applying will need to show (in essence) that they have a good claim and that there is a serious risk of dissipation of the assets.  In addition, they must provide an undertaking in damages which will be called upon in the event that it is subsequently found that the order should not have been given and loss has been suffered as a result.  As the application is usually made without notice to the other party, there is a duty of full and frank disclosure before the court.  This option can be very effective, but it is costly and should not be taken without legal advice.

If your counterparty is an individual in employment, it is possible to apply for an attachment of earnings order, following a court judgment in respect of the debt, which if granted means that the individual's employer is ordered to pay a proportion of the individual's salary direct to the debtor, deducted from that employee's pay.

Bankruptcy (if an individual) or liquidation (if a company)

If a debt is outstanding, it may be possible  to present a petition to either bankrupt an individual or wind up (liquidate) a company.  The process is ordinarily commenced by serving a statutory demand, which requires that the full amount owing be paid within 21 days.  If the debt remains outstanding after that 21 days, this will stand as preliminary evidence that the counterparty is insolvent.  Following the making of a bankruptcy order or winding up order, an independent insolvency practitioner or the Official Receiver will be appointed to oversee the insolvent estate, to realise assets and to pay creditors in accordance with the statutory hierarchy.  Bear in mind that after spending money to place the entity into a formal insolvency regime, you may only achieve a minimal return.  This should only be pursued as a last resort.

Participation in foreign insolvency proceedings in a foreign jurisdiction

If your counterparty is incorporated or otherwise carries on business overseas and enters into a formal insolvency regime, it is important to obtain local legal advice as soon as possible.  All jurisdictions differ and participating in foreign insolvency proceedings may be considered under local rules to be submission to that jurisdiction.  A party participating in the foreign counterparty's insolvency may unwittingly be dragged into further litigation abroad in respect of previous payments or other transactions incurred pre-insolvency.

Recent Developments in the UK as a result of Covid-19

The UK government announced that it will introduce reforms to the English insolvency laws. No timing has been given nor has any legislation been published.  The reforms are likely to include a temporary cessation of the rules on wrongful trading (i.e. trading whilst insolvent) to shield directors from personal liability for trading when technically insolvent.  This suspension will be retrospective and will be back-dated until 1 March 2020.  A temporary moratorium on liquidation has also been proposed which will prevent creditors from putting companies into liquidation if they are undergoing restructuring for a longer period that that currently provided.  The City of London's Insolvency Law Committee has suggested a moratorium period of 90 days.

The TIPD provides for remote hearings (i.e. by telephone or video conference (predominantly by Skype or Zoom) to be the default position and makes specific provision for urgent hearings in certain circumstances which include, among others, public interest winding up petitions and applications to convene a meeting for a members' scheme of arrangement. In an attempt to tackle some of the logistical difficulties that have arisen as a result of Covid-19, a statutory declaration can now be sworn in the presence of a person authorised to administer the oath by video conference. The TIPD will remain in force until 1 October 2020 unless it is amended or revoked by a further practice direction in the meantime. 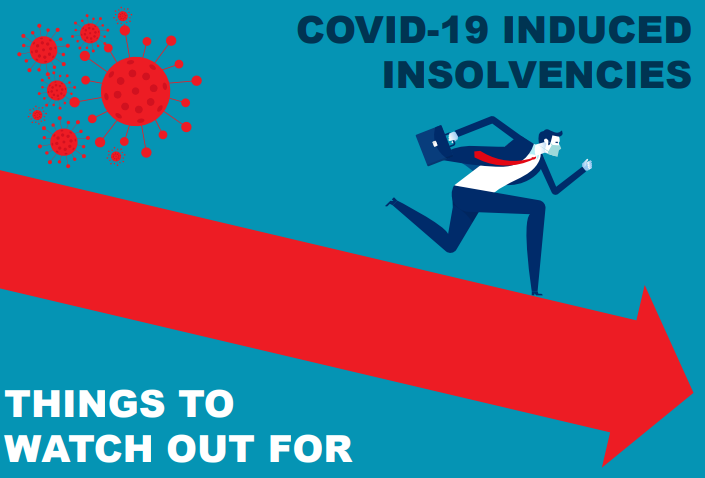