Under section 184I(2) of the BVI Business Companies Act, 2004 (Act) the Court may, if it considers that it is just and equitable to do so, order relief that it thinks fit, if the conduct of which the member of a company complains is oppressive, unfairly discriminatory or unfairly prejudicial to that member. For the purpose of section 184I beneficial owners of shares are not members[1].

This relief, commonly referred to as the oppression remedy, was introduced in the UK Companies Act, 1948 as an alternative to winding up on the just and equitable ground, which was regarded as too drastic a remedy in many cases[2]. Under section 184I of the Act, the Court has a wide discretion. However, there are limits to what the Court may order. This article discusses the types of relief that the BVI Court may order, considers how the court exercises its discretion and identifies the limits of that discretion based on leading BVI case law.

The oppression remedy is one of the most effective tools available to shareholders when the conduct of the affairs of a company causes oppression, unfair prejudice or unfair discrimination. Unfairness in this context must be judged on an objective basis[3]. A good starting point for the purpose of ascertaining what type of relief a minority shareholder may seek is to look at the forms of relief  available under section 184I(2) of the Act. The orders available include:

a) in the case of a shareholder, requiring the company or any other person to acquire the shareholder’s shares;

b) requiring the company or any other person to pay compensation to the member;

c) regulating the future conduct of the company’s affairs;

d) amending the memorandum or articles of the company;

e) appointing a receiver of the company;

f) appointing a liquidator of the company under section 159(1) of the Insolvency Act on the grounds specified in section 162(1)(b) of that Act;

g) directing the rectification of the records of the company; and

h) setting aside any decision made or action taken by the company or its directors in breach of this Act or the memorandum or articles of the company.

Although the above list is non-exhaustive, the categories are broad and most of the other types of measures that the BVI Court has granted usually fall within one of the above categories. Examples of the types of relief not captured by the above list are:

(b) temporarily (pending the shareholders meeting) prohibiting dealing with or disposing of any assets or property[5]; and

(c) requiring a party to provide financial information about a company[6].

The measures most frequently sought by claimants in the BVI are buy-out of their shares[7] and liquidation[8], often claimed in the alternative. Other remedies sought by shareholders include compensation orders[9] and orders regulating the future conduct of the company’s affairs[10].

Wide Discretion of the Court

The Court has a wide discretion, which is not restricted by the relief sought by the aggrieved party and may order any remedy that it thinks fit[11]. Once unfair prejudice is established, the Court will exercise its wide discretion to do what is considered fair and equitable to correct the unfair prejudice[12]. The form and shape of the relief may vary because the relief is not restricted to the enforcement of legal liabilities[13].

The guidance as to how the Court should exercise its discretion in determining an appropriate remedy was elicited by the BVI Court of Appeal from common law authorities in Chemtrade[14]. The Court opined that it should exercise its discretion in granting a remedy within permissible boundaries. The discretion is unfettered and each case is so unique that the Court is not bound by solutions adopted in other cases. The remedy should be prospective, should aim to avoid further oppression and put an end to the matters complained of. The appropriateness of the remedy should be determined as at the date of the hearing[15]. The principles were well summarised in a recent decision in Kwok Kin Kwok which held that ‘[the] Court should seek to grant the minimum remedy to repair the misconduct and unfair prejudice and prevent it from happening in the future’ and ‘the remedy granted should be proportionate to the prejudice suffered by the petitioner and is not by way of punishment for bad behaviour’[16].

As to the inter-relationship between derivative claim remedies and minority oppression remedies, the Court confirmed that the same facts may give rise to either a derivative action or a minority oppression claim[17]. However, in dismissing the appeal of a decision preventing both types of claims proceeding simultaneously, the Court held that the availability of an unfair prejudice claim is a highly relevant factor, but not a mandatory bar to the derivative claim[18]. Similarly, the Court of Appeal has decided that whether the applicant is barred from seeking a relief due to reflective loss will entirely depend on the facts of the case, evidence and law[19].

The Remedy Must Be Proportionate

The remedy granted by the Court must be proportionate to the prejudice and breaches suffered by the applicant[20]. In the JF Ming Inc. case, the Court of Appeal allowed an appeal of an order for buy-out of the shares and instead ordered the respondents to provide financial information and set aside resolutions amending provisions of the Articles of Association on the basis that those acts triggered the unfair prejudice. The Court considered that there was no basis to order the respondents to buy-out the shares because the applicants applied for a buy-out order with some delay after first seeking the financial information from the respondents. This suggested that the prejudice could be remedied by provision of that information. In those circumstances, the Court of Appeal found that the remedy of buy-out was “draconian and disproportionate to the breaches that were committed” and did not serve justice[21]. The Court of Appeal further opined that the buy-out remedy should not be granted lightly.

Relief Must be Sought Against a Party to the Proceedings

Section 184I(3) of the Act provides that the company or the person against which the relief is sought must be party to the proceedings. In Swiss Forfaiting the applicant sought relief setting aside issuance of shares to a nominee of the board, which resulted in dilution of the voting rights of the applicant. At the time of the hearing, the shares were held by a company which was not a party to the proceedings. After considering the parties’ arguments on this issue, Mr Justice Sher QC concluded that the relief sought could not be made against a non-party by reason of this provision[22].

However, it is not sufficient to simply name the party as a defendant. The remedy must be sought against a person who took part and was privy to the unfair conduct. In BVIHC(COM) 2011/106 Tawney Assets Limited v East Pine Management Limited & Ors the judge refused to order a buy-out against the alleged ultimate owner of the shares in part because shares were held indirectly and the ultimate owner played no part in the unfairly prejudicial conduct[23].

The Remedy Must Be Final

In SPA II Guangdong Ltd the Court dismissed an application seeking an order to convene a meeting of the Board of Directors of a company to pass various resolutions temporarily suspending the quorum requirements set out in the Articles of Association of the company on the basis that the respondent was abusing the quorum provisions[24]. The Court observed that it is unlikely that section 184I grants jurisdiction to order an interim remedy[25].

The ultimate aim of the applicants was to cause the company to amend quorum requirements of its subsidiary in order to change the board of directors of a further indirect subsidiary with a view toward stopping approval of a loan. The Court found that allowing the interim amendment of quorum requirements would be an extraordinary intervention into the terms on which parties agreed to do business and would alter the corporate structure forever[26]. Such a remedy would be final since there would be no motivation to pursue the unfair prejudice proceedings.

Liquidation Is a Remedy of a Last Resort

Section 184I(2)(f) of the Act allows the Court to appoint a liquidator under section 159(1) of the Insolvency Act, 2003 (Insolvency Act) on the just and equitable ground in section 162(1)(b) of the Insolvency Act. It is settled law that appointment of a liquidator on the just and equitable ground is a remedy of last resort[27]. However, if another remedy is available that does not mean winding up is unavailable[28].

From the analysis of the BVI case law it seems apparent that the Court is keen to maintain an unfettered discretion and to fashion relief specific to the mischief complained of and not go beyond that. This means that the principle of proportionality is an important consideration for litigants and practitioners, especially when considering the appropriate relief to be sought and indeed whether a form of relief granted is ripe for challenge on appeal.

This article is not intended to be a substitute for legal advice or a legal opinion. It deals in broad terms only and is intended to merely provide a brief overview and give general information. 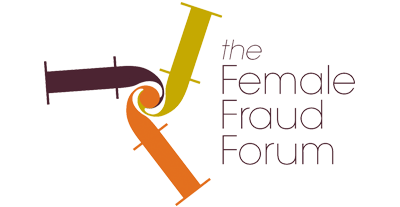 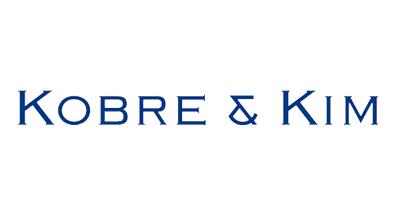