Claiming maintenance where the petition is based on sole domicile

In the recent unreported decision of B v B, heard remotely at the CFC in May 2020, two members of chambers were on opposite sides: Peter Duckworth for the wife and Conor Fee for the husband. The skeleton arguments and ensuing judgment addressed controversies that have surrounded the interpretation of Article 3 of Council Regulation (EC) No 4/2009 (the Maintenance Regulation).

In brief, the wife was English and the husband French. They married in England but then moved to France in connection with the husband’s work, where they acquired a matrimonial home and raised a family. Then in 2015 the husband was relocated to Singapore, and the family followed.

The marriage had been unhappy since 2014 and by early 2019 the wife turned her thoughts to making a new life in England. She consulted solicitors, who advised her to petition for divorce in London. Since she was unable to rely on habitual residence, a petition was filed in May 2019 on the sole basis of her English domicile. Finally in July 2019, with proceedings underway, the wife returned to London where she issued an application for financial remedies, and where in due course her (sole domicile) petition proceeded to decree nisi.

The husband was a relatively high earner in Singapore, where he remained living and working primarily to ensure that the family continued to benefit from education allowances from his employer. The wife had limited income from her own employment. There was not much capital in the case, and so the wife’s claims hinged on what she could achieve by way of a lump sum / transfer of property, and ongoing periodical payments. Both limbs of her claim fell within the European concept of ‘maintenance’, and so a preliminary issue arose: could the English court entertain her claims, or was it debarred from doing so by Article 3 of the Maintenance Regulation?

Article 3, as is well known, provides that in matters relating to ‘maintenance obligations’ in Member States (which for these purposes includes the UK, for so long as the ‘transitional period’ lasts), jurisdiction lies with—

Opinions have differed on the precise interaction of (b) and (c), but a widely held view is that if a wife living abroad (like Mrs B) petitions in England on the sole ground of domicile, then paragraph (c) debars the English court from hearing a needs-based claim even if the wife subsequently takes up habitual residence in the UK, and importantly, even if she does so before that claim is determined. Accordingly, in the absence of a concession on this point Mr B issued an application to have the jurisdiction point determined as a preliminary issue. His case was that the English court had jurisdiction to determine a sharing claim, but that any additional needs-based claim should be tried, if at all, in Singapore. In effect, this would mean that the wife would walk away from the English proceedings with her half share of the (modest) French property, but nothing more.

For the wife, it was argued that:

For the husband, it was contended that:

The judge, DDJ Andrew Don, considered various authorities that were cited to him, including AJ v DM [2019] EWHC 702 (Fam), where Cohen J doubted the proposition that Articles 3(a) and/or (b) offered free-standing alternatives to a claimant wife who was otherwise debarred from claiming remedies by reason of her sole domicile petition. Given that, on the facts of that case, he found that Mrs AJ had failed to establish habitual residence in England, it was not necessary for Cohen J to decide the point; but it seems that he would have decided in the husband’s favour if he had to—and despite the fact that at first instance, Mr Recorder Allen QC had been persuaded to go with the wife’s argument, “albeit not without some hesitation”.

Now that Britain is set to exit from the EU at the end of the ‘transitional period’ (currently 31 December 2020 but who knows whether that will be extended), the problem with how to interpret Article 3 of the Maintenance Regulation should soon be a thing of the past; but until then the unreported decision in B v B may be of assistance to some practitioners. 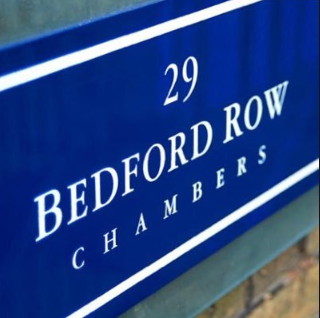 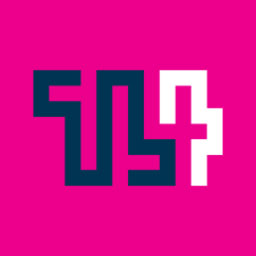