How far does the Split reflect the Family law reality


The Split, a BBC One drama which follows the personal and legal challenges faced by the Defoes (a family of female divorce lawyers to high-end and celebrity clients), returned to our screens last month after the success of its first series back in Spring 2018.

As you would expect from any legal drama, the series is full of glamour, excitement and dramatic legal plots which deal with a variety of family law matters including divorce, nuptial agreements, Non-Molestation Orders and adoption. Whilst The Split does not fail to keep us engaged and thoroughly entertained, it does prompt us to consider the extent to which such drama is a genuine reflection of the reality of family law today in England and Wales and the work that family lawyers do.

Although the drama makes a clear effort to touch upon several modern and pertinent issues in family law, the general theme of the series fails to stray away from the all too familiar narrative– that which suggests that divorce is the ultimate failure; an event full of acrimony and shame and which is further inflamed by the adversarial legal process and the involvement of egotistical lawyers.

The main legal plot of the series details the marital breakdown between glamourous TV personality, Fi Hansen and her manipulative and controlling TV producer husband, Richie. In the first episode, a flustered Fi comes to Hannah Defoe (the heroine of the series), requesting that she take a look at her pre-nuptial agreement. Hannah is shocked that any lawyer advised Fi to sign it, not least because it required Fi to sign a suffocating Non-Disclosure Agreement. Without much further analysis Hannah immediately advises Fi to change the terms of her pre-nup by signing a post-nup but, as their meeting progresses, Hannah asks Fi if she wants to leave her marriage and Fi decides that she does.

From this initial meeting, the suggestion is that divorce is a ‘spur of the moment’ decision entered into lightly by clients and often unilaterally or even on persuasion by their lawyers. Although Fi had probably given much contemplation to leaving her marriage over the years, her arrival at the decision to get divorced during the meeting suggests that it is a decision that spouses arrive at with the help of their lawyers. In reality, this just isn’t the case. For family lawyers, it is of the utmost importance that their clients are certain that this is what they want to do. For spouses, the decision to get divorced is one of the most carefully thought through decisions that 42% of married couples make and is not one made off the hoof with the gamely encouragement of an eager lawyer, but rather together after lengthy deliberation. The drama fails to highlight this truth and the Hansens are dragged into the adversarial process.

Hannah’s first instruction to Fi as her solicitor is to keep a record of her husband’s unreasonable behaviour and to disguise this as her ‘Ocado shopping list’. It is at this point that Fi becomes a victim of the system and the viewer is pushed into believing that divorce must be a process full of secrecy and strategy. There is no attempt by Hannah to facilitate any constructive discussions between Fi and Richie in order to reach agreement on certain issues or to suggest the use of any sort of alternative dispute resolution. Instead, the client is actively encouraged by her lawyer to start plotting and planning against her spouse, without first considering whether or not they are on the same page in relation to any matters.

Granted, Richie’s controlling and coercive behaviour towards Fi means that in reality, the decision to leave the marriage probably would be a unilateral one on her behalf and given his general inability to respect and co-operate with her, it may have inevitably become adversarial. This, however, does not change the fact there is still an obvious absence throughout the whole drama of the vast majority of separating UK couples, whose aim is to avoid, where possible, becoming trapped in the bitter and acrimonious divorce process.

The absence of such a storyline enables the writers to paint a worrying and wholly inaccurate picture of divorce, one which is grounded in competition and aggression, which pits spouse and spouse against each other and in which there is a winner and a loser. In doing so, The Split fails to help family lawyers lift the oppressive stigma around divorce, turning a blind eye to the fact that divorce does not have to be ‘a failure’ and that for many couples, it can be a positive step forward for two people who have accepted that a period of their life is over.

All of this acrimony in the Hansen divorce is further exacerbated by the family lawyers themselves, who are more than ready for the fight. The first meeting that takes place between Fi and Richie with their solicitors present is in a clinical board room, with the parties sitting on opposite sides of the table threatening Non-Molestation Orders and professional embarrassment as leverage against each other. The sentiment of confrontation could not be stronger. To add flame to the fire, their representatives also happen to be professional rivals. In the room, there is a tense atmosphere of one-up-manship, not only between the spouses but between their lawyers too, and it appears as though the more important objective for them is their own professional gain. Here, The Split fails to highlight the fact that one of a family lawyer’s key objectives is to ensure that the trauma of divorce is mitigated as much as possible by settling cases at the earliest feasible opportunity and that such confrontational and distressing meetings would never, in fact, be contemplated let alone take place.

On a ‘nit-pickier’ note, the drama is also peppered with some quite substantial conflicts of interest. In one instance, an aggressive and public conversation takes place between Hannah and her client’s opponent at parents evening without his lawyer present. In another, Hannah is seen at her client’s house, drinking wine and socialising with her friends. The series does not shy away from unrealistic and inappropriate scenarios in this respect and whilst it is clear that these conflicts are put in for the sake of drama and plot intrigue, it is fair to say that such conflicts would not only be totally inappropriate in reality but also a breach of professional conduct by family lawyers. Unfortunately, in this respect, The Split pays little tribute to the high levels of discretion and integrity that family lawyers exercise.

Credit where due, in the final meeting between Fi, Richie and their lawyers, the dust appears to be settling. After reaching agreements on the residency of their children and press statements, Ruth Defoe (Hannah’s mother and eminent family lawyer), says “it doesn’t serve anyone to draw this out any longer” whilst handing Richie the divorce papers. This scene, along with the fact that the Hansen v Hansen divorce never actually progresses to litigation, appears to be an attempt by the writers to tone down the confrontational and aggressive picture of divorce that they painted in the earlier five episodes and to show that important issues on separation can be settled by calm and considered negotiation and compromise.

Perhaps the most realistic separation of the series, however, is the one that occurs between Hannah and her husband Nathan. After months of marital problems and adultery (by both of them), Nathan informs Hannah that after 20 years of marriage, and much to the viewer’s disappointment, it is over for him. Here, the viewer comes to understand the genuine and deep sadness that family lawyers observe on a day to day basis, when their clients come to terms with the fact that their marriage is over. Unlike with the other plots, the suggestion here is that the separation between the heroine of the drama and her husband will be civil and most importantly child-centric.

Despite efforts to deal with some interesting and relevant areas in family law, what really stands out is the absence of a plot in which a couple decide to separate on their own terms, respectfully and constructively and most importantly, without unnecessary conflict. It therefore seems, that in an era where the Courts are under enormous strain from family law matters and family lawyers are trying their hardest to keep divorce, where possible, away from the adversarial, expensive and agonising process of litigation, The Split is unhelpful and does not remotely reflect the growing calls of separating couples for a dignified, non-confrontational approach to divorce.

At The Divorce Surgery, our ‘One Couple, One Lawyer’ approach means that we can help couples, who have made the decision to separate, to do so in a constructive, open and amicable way which looks to secure what is best for them both. We recognise that not all separations are suited to the adversarial legal process portrayed so often in The Split, and that most separating couples just want to be fair to themselves, their children and each other, viewing contested litigation as an absolute last resort to be avoided wherever possible. 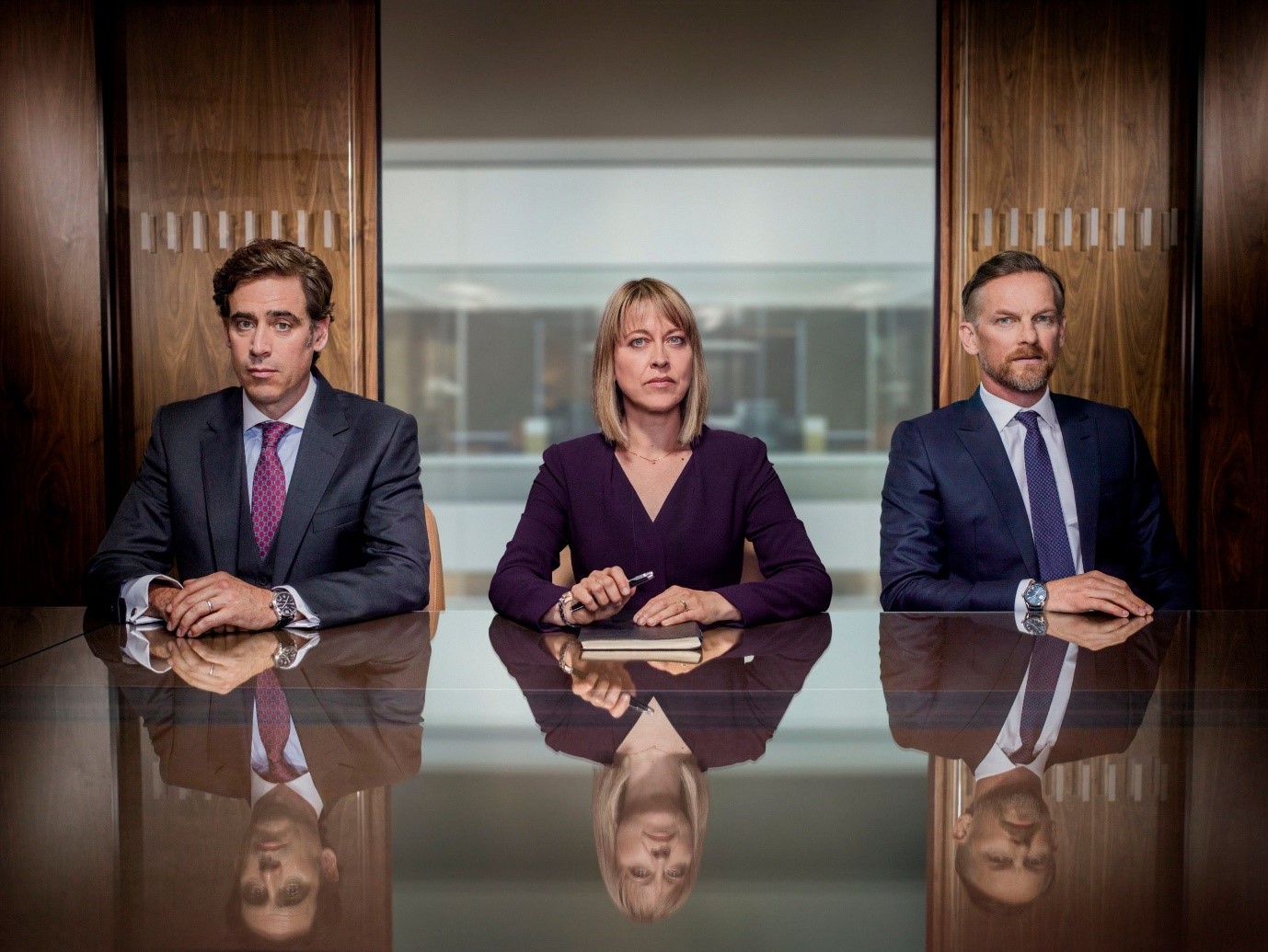