The Heartbreak of Grandparents during Coronavirus


The media has been at great pains to emphasize the huge surge in cases of domestic abuse during the course of the Coronavirus lockdown.  In some areas there has been reported some 400  cases over the lockdown period which has lasted a month.  Translated across the country and in fact the world, the case numbers are ever growing.  This has led many to wonder why this should be the case when families are at last having the opportunity to spend considerable meaningful time together with their children which is something that has been at an all time premium prior to the shutdown.  However, practitioners are only too aware that the greatest spike in divorce cases comes at two major periods in the year, namely after the summer holiday break, when parties have been together for a length of time, and over the Christmas break with a huge spike coming in January.

During this lockdown period we have also heard much about how families are longing to get together with each other and spend time when they are in isolation and are missing the hugs, the laughter and the companionship that they have hitherto enjoyed because households are now having to self-isolate.  However, do spare a thought for those grandparents that have hitherto been deprived of a relationship with their grandchildren and can only wonder at the thought of when they will ever get to see their grandchildren again.

This firm, together with others, has campaigned for some considerable time to try to emphasise the heartache felt by so many grandparents at the failure to see their grandchildren for a multitude of reasons and for periods that have stretched over months and years.  Whether this is caused by a breakdown in their children’s relationships or divorce, or a death of one of their children, many grandparents across the country have not had any contract with their grandchildren for some time.  The approximate numbers are anywhere between one to two million.

The system under which grandparents have the ability to seek any redress legally is very limited.  The first place that grandparents can go to for help is to seek assistance from a mediator, to see if a mediator can find a solution to the problem.  Often, however, mediators have voiced the view that all that happens in mediation is that both sides can become even more entrenched in the difficulties.  Those difficulties can simply be caused by an innocent word spoken by a grandparent, for example that in their day the children weren’t allowed to run around in restaurants, or talk, or that food was made in a different way or cooked and prepared more personally in the past.  These kinds of comments, whilst innocently spoken, can have a very different meaning when received by a daughter or son-in-law who is of a sensitive disposition or a son and daughter-in--law who already feel that the parents have interfered too much.

It is the case that mediation in relation to grandparents has been the least successful of all types of mediation.

If the relationship reaches the point where a grandparent feels that they have to resort to legal formalities by applying for a what is known as a Child Arrangements Order, these situations can spiral out of control.  Following a recent campaign before Parliament, in which this firm was heavily involved, it became clear that there could be as many as two million grandparents deprived of the ability of seeing their grandchildren over the last year.  Of the stories that the grandparents, who came to a meeting at Parliament had to tell, many centred around the court system itself and the necessity of having to apply for leave first, and if they were lucky enough for the Court to have granted leave, that then they would then be in a position to apply for a Child Arrangements Order.  In many cases they described their humiliation of having to appear before the courts and the courts persistently failing to recognise the importance to the grandchildren of a relationship with their grandparents.

This firm has advocated that the need for leave should be abolished and that a simple amendment to the Children Act could facilitate lessening the time that grandparents have to wait in order to resurrect their relationships and would be a very easy way of amending legislation.  Indeed, we provided a first draft to Parliament.

During the course of meetings before Parliament grandparents stated, that when they lost the right to contact, that the courts placed too much emphasis on believing that, if parents were divorcing, that arrangements could readily be made within that framework for the grandparents to see the grandchildren.  Regrettably, in millions of cases, we now are only too aware that that is not the case and there isn’t the sharing of time, forcing these applications to be made and without sufficient understanding of the difficulties caused by severing that relationship.

Grandparents have also confirmed that when the courts deal with an application for leave, the welfare of the child is not of paramount consideration. What the Court takes into account is the relationship that the grandparents have had with the grandchildren, and the wording under section 8 being “the applicants connection with the child or any risk that there might be of that proposed application disrupting a child’s life to the extent that he or she would be harmed by it”.  These words that have been taken in such a harsh way to deprive many grandparents of seeing their grandchildren.

There seems to be too much emphasis on the courts looking to weed out what they consider to be vexatious applications when they have failed to take into account the nervousness that grandparents feel in making such applications in the first place.

There have been further cases of heartache for grandparents during this lockdown period, where some sons or daughter-in-laws have been utilising this lockdown period as an excuse to stop the grandparents having any contact to the grandchildren.  Many grandparents have contacted us saying that they are being told by the children that the reason they are being prevented from seeing the grandchildren is to stop the grandparents being at risk from the grandchildren giving them the Coronavirus.  Regrettably, in many cases, this has not been substantiated. Many have indicated that the fact that they have not been able to see their grandchildren feels almost as bad as having the Coronavirus itself.  They believe in some cases they will never be able to resurrect their relationship, since some many of them are not computer savvy and have been unable to see their grandchildren through the media of Zoom, Facetime, Skype or Life Size  They are worried that by the time the lockdown is released, that they would not have been permitted to see the grandchildren for such a period of time and are aware of other grandparents’ experiences that the courts will state that since such a period of time has elapsed, that they will not be able to resurrect their relationship.  One cannot underestimate as a practitioner the sense of loss, heartache and distress that this causes to so many grandparents who have previously had a really good relationship with their grandchildren.  The Coronavirus of course must be taken in context and it is in fact the case that many elderly people should not see grandchildren at this time because it does pose a risk and should not flout Government’s recommendations.  However, it is the period after the lockdown is raised that is causing consternation to many grandparents who anticipate that their relationships will be cut off.

Many grandparents have voiced the view that they are concerned that if a Judge has to determine whether it is in the best interests of a grandchild to see a grandparent, it may have been so long because of the way the system works that by the time they get a hearing date, that they will be denied any further contact because the courts will not consider it is in the grandchildren’s interest after such a length of time.  What has been expressed time and time again by those cut off from their grandchildren is that the courts, Judges and Cafcass officers demonstrate a complete naivety in the presumption that everyone is going to agree matters readily and facilitate contact and do not adjust the procedures to where there have been intractable withdrawal of contact.

What practitioners know is that there has been a huge change in family form and social structure over the last twenty to thirty years.  Marriage rates have slowly declined, cohabitation is increasing and cohabiting relationships are three times before likely to breakdown than marriages.  Given those statistics it is all the more important that grandparents have a role to play.  From earlier research it is quite clear that most families receive some kind of childcare support from the grandparents and almost all families receive some kind of financial support from them.  Whenever children are using their parents to be carers of their children, to allow both the father and the mother to work,  it is imperative therefore that during this lockdown period we do not allow more grandparents to be severed from their grandchildren and find other means of dealing with these kinds of disputes as the courts are in lockdown.

This firm for some time has introduced a system of allowing grandparents to have sessions with us, in a safe setting, which will allow them to find some kind of solution if at all possible to the problem.  In addition to this procedure we have named “the successful outcomes meeting procedure”, this firm would strongly advocate using children’s arbitration during this time or immediately after the lockdown is lifted.  The arbitration system that hitherto has not been frequently used by practitioners is an ideal way at this time to ensure that cases are heard quickly and sensibly.  Any fears at dismissing cases where children’s welfare is not best served by contact can of course be very easily and readily determined at a much earlier stage  than the court system and arbitration hearings can be listed very quickly with arbitrators used to dealing with matters remotely.  In this way, decisions can be given very quickly to end the waiting, the misery and unhappiness felt by so many. 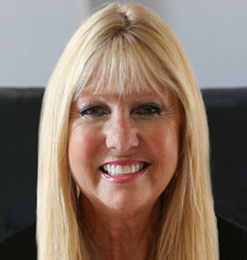