UK EU Cooperation in Family Law after Brexit: the effect for HNW families

The UK has left the EU.  But existing laws continue throughout the transition period, end December 2020.  Some had lobbied for EU family laws nevertheless to continue.  In February 2020 the UK government confirmed EU laws will end completely.  But the UK is probably the leading jurisdiction for international families and the EU represents a significant number of the independently mobile cross-border families.  It is essential there is future cooperation.  Moreover, what will be the effect and impact on high net worth families?

The UK left the EU on 31 January 2020.  There is an implementation period until 31 December 2020 (unless extended because of coronavirus) during which existing laws from the EU will apply.  In February 2020, the UK government stated that all EU laws will end on that date.  There had been a discussion whether EU family laws might continue because of the many EU families in the UK.  This will not now happen.  The UK will continue to rely on existing and successful international laws and on new domestic laws introduced to fill the EU vacuum.  (References to the UK are of course to the political unit but in the family law context, England and Wales should be treated differently to Scotland and Northern Ireland.  This article only refers to England and Wales.)

However there are real difficulties.  The UK is the original common law country, with huge reliance on judge made precedent law and opportunities for discretion to produce a fair outcome in any particular case.  The EU is predominantly civil law with the emphasis on adherence to the codified law, with certainty and predictability to the fore.  Next, the UK always applies its own local law; EU countries often apply the law of the country with which the couple have the closest connection.  It is little surprise that over the past 20 years there have been many clashes in the family law arena between the UK and the EU especially as the EU has tried to impose civil law orientated laws.  But now post Brexit, with these clashes behind, the UK and the EU are wonderfully placed with these very different historical traditions in law and commitment to improve family law, to work to help international families; not just those connected to the UK and the EU but worldwide.  How might this occur?

First, domestic abuse is no longer just physical; it is now significantly online such as digital stalking and therefore virtually crosses national borders instantaneously.  The EU has already done very good work in domestic violence.  The UK has been a leader in cross-border action on aspects such as forced marriage and FGM.  Together much urgent work can produce international laws to combat cross-border digital domestic abuse.

Secondly, one of the biggest gulfs between the UK and the EU is the expectations of relationship agreements.  Within many EU countries there are no or minimal preconditions yet they are a cultural norm.  In the UK and throughout the common law world there are strenuous preconditions, to protect the more vulnerable party and make sure there is proper disclosure and good representation.  As encouragement of private autonomy increases, so international families will expect their marital agreements to be given weight, probably treated as binding, yet one spouse may consider the provision is thoroughly unfair.  The UK and the EU must work to find a way through this huge chasm in global legal expectations.  It is possible with some pragmatic compromise.

Thirdly, many couples worldwide expect the application of Islamic law on any resolution of matters concerning their relationship.  Yet this has been fraught with problems of perceived lack of rights for women and the failure of many Islamic countries to engage with the international community in international children laws.  The UK and the EU, with their significant Islamic constituencies, need to find a way forward consistent with national and international laws and yet also with expectations of the Islamic community.  It has been achieved in the area of banking and finance.  It must be possible for dialogue with the Islamic world to find a satisfactory way forward.

Fourth, resolving in which courts a relationship dispute will be dealt with, a forum dispute, remains problematical and takes up too much time and costs.  However, the EU answer of the race to court, lis pendens, is fraught with difficulties; discouragement of ADR and possible reconciliation, giving the benefit to the party breaking the relationship and having the greater funds and furthermore discouraging prelitigation negotiation.  The obvious way forward is a hierarchy of jurisdiction, with forum based on the highest available level in the hierarchy.  The EU has this in some laws, and it should be introduced into divorce.  The UK and the EU should lead a global discussion on the future of jurisdiction and forum, to reduce litigation and fairly increase certainty and predictability.  Preferably this should also encourage more ADR, out-of-court settlements.

There are other areas.  These issues need global attention.  The UK and the EU are extremely well placed to give a good lead, in conjunction with the Hague Conference of Private International Law, for the benefit of the worldwide, globally mobile, international family community.

Impact for high net worth spouses

London has traditionally been a magnet for international spouses seeking divorce financial claims.  The so-called divorce capital of the world.  Whilst a member of the EU, it has enabled one spouse in the many European families with a UK connection to bring the claim before the UK family courts.  It will still remain attractive but it may be less accessible.  Other features will change.

Whilst in the EU, all that mattered to secure proceedings in the UK was being the first to issue proceedings.  That will end.  It will be necessary to show that the UK has the closer connection with the family in contrast to other countries in which the family may have been living.  This is much fairer.  By EU law, the UK has had to treat certain marital agreements as binding even if no independent advice or disclosure or it was entirely unfair.  Without EU law, this restriction has gone.  A bad marital agreement without fair opportunity for the more vulnerable spouse will carry little weight.

The UK will remain a very attractive location for divorce financial claims.  Investigating disclosure is probably as thorough and sometimes more extensive than any other EU country.  There are significant powers to obtain evidence and documents in respect of assets abroad.  The courts have powers to make orders against some foreign assets.  The family courts expect all financial circumstances to be disclosed.  Where the wealth can amply meet the needs of both spouses, the family courts will expect to divide equally the wealth arising during the marriage and premarital cohabitation, even if one spouse alone was engaged in the work.  For these and many other reasons, the UK will remain a magnet for high net worth claimants seeking a substantial divorce financial settlement.

The trauma, distress, pain and upset of the leaving of the UK of the EU was appalling.  Understandably it was likened to a divorce.  But the divorce order has now happened.  The financial arrangements will be put in place soon.  However the UK and the EU must quickly learn to collaborate and work together as if co-parents.  There is a huge opportunity for so much good to be brought about for worldwide benefit, to help other jurisdictions and groups of countries and to help the huge number of cross-border families and their children.  Starting on this cannot be delayed.  The differences which divided in the past should now be a strength for the future.  Nevertheless the UK itself, particularly England and Wales, still provides a significant benefit for the weaker financial spouse in having proceedings in this country.

In all these matters, specialist international family law advice should be taken at a very early stage. 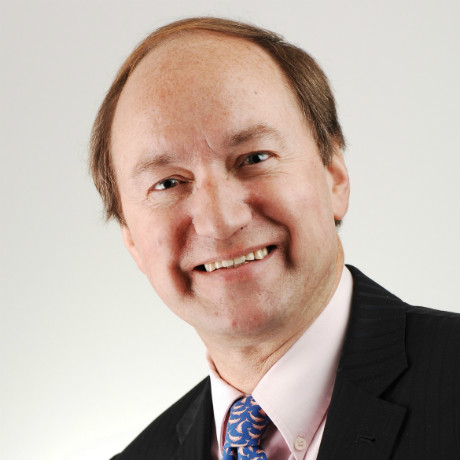