Towards a radical overhaul of UK inheritance tax?


Death and taxes may be the only certainties in this world, but exactly how tax is raised on death and on lifetime gifts is subject to tinkering and political debate. A new cross-party parliamentary report proposes radical changes to completely change, rather than just tinker around the edges, how inheritance tax would be charged in the UK and, if ever adopted, would have significant impact on your wealth and succession planning.

The way inheritance tax is currently levied in the UK is "complex, ineffective, riddled with anomalies, distortionary and unfair" claims the report published in January 2020 by the All-Party Parliamentary Group for Inheritance and Intergenerational Fairness.

Whilst the report does not go as far as recommending the abolition of inheritance tax altogether as other countries have done [1] or providing such generous tax-free allowances that only the most valuable estates are caught [2], it does go a long way towards simplifying the current UK system and broadly should be welcomed.

The removal of most of the more complicated provisions such as the residence nil rate band, pre-owned assets code and reservation of benefit rules may help save forests through the reduction in complex legislation which will no longer need to be printed or understood, but the removal of agricultural and business property reliefs may mean that landed estates and business owners could lose out.

In summary, the report recommends a new tax regime for lifetime and death transfers with very few reliefs and a low flat rate set at 10% or 20%. There would be an annual gifts allowance of £30,000, a death allowance of £325,000 and gifts to charity or spouses/partners would continue to be tax free.

Gifts into trusts would be taxed in the same way as gifts to individuals; discretionary trusts would pay an annual charge (with tax to be carried forward where underlying assets are illiquid) and the assets within a life-interest trust would be treated as belonging to the life tenant. This could mean that trusts could once again be used without penalty to ensure that the next generation does not inherit too soon.

The report recommends that the capital gains tax uplift on death be abolished. The recipient of any gift or inheritance would instead inherit the donor's base cost and so pay capital gains tax on the whole gain if they were to sell the asset (when they will also receive all the net proceeds).

Large estates comprising mostly farms and business property will pay more tax than currently – an example in the report shows how an estate worth around £6.650m with mostly qualifying assets pays no tax under the current regime but under the proposed new regime would pay £1m, paid over ten years in instalments. But, as the report points out, an estate of the same value where the wealth consists of an investment portfolio not qualifying for any relief pays tax of £2.4m under the current regime and would pay £1m under the proposed new regime.

For non-doms, the report recommends that domicile be replaced with residence as the main connecting factor and that those people who have been resident in the UK for more than 10 out of the last 15 years should pay tax like ordinary UK-born persons. It would be better to align this with the current deemed-domicile provisions, 15 out of 20 years (or maybe there is a plan to bring these rules down to 10 out of 15?).

The proposals are to be applauded for their simplicity, for providing greater certainty and making the system fairer overall. The government dropped hints before the 2019 election that it might be minded to cut or even abolish inheritance tax so change could be coming, but there is no guarantee when and whether these proposals or others will be adopted. 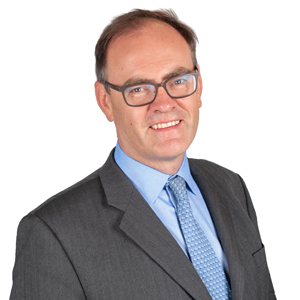